Over 1000 families and individuals are assisted monthly with food, rent, medicine & healthcare.

Community Social Services has approximately  800 active cases at any given time.

The Jewish Students Education Fund provides student loans to over 220 tertiary students in need every year.

Close to 300 people in the Protected Employment programme are working hard and feeling proud and productive.

Every Jewish person in the city is given the same dignified burial according to Jewish custom and law, regardless of status or wealth.

Free and subsidised accommodation is available at all the Chev’s residential facilities.

As conditions in State facilities decline, healthcare continues to assume an ever greater importance.

Helping young couples in need with the costs of their wedding and the huge expenses of setting up their homes.

Caring for almost 1,000 people with physical and intellectual disabilities, as well as those with mental illnesses.

Following upon incidents of violence or trauma our trauma debriefing team offers the services of skilled and specifically-trained counsellors. 011 532 9616 office hours.

Over 1000 families and individuals are assisted monthly with food, rent, medicine & healthcare. This welfare distribution forms a very large part of the Chev’s welfare budget and includes those people who live in its own residential facilities who are unable to pay their way. Often, emergency, life-saving surgeries are provided for, as are the costs of rehabilitation for long-term illnesses, both mental and physical.

Our Social Services team is active in:

At the aged homes, Arcadia and the Mental Health facilities, Community Social Services provides supportive counselling to help people adjust to loss and changed circumstances. It empowers those with mental health challenges to reach their full potential. Family members are also assisted with counselling.

Community Social Services is the only Jewish welfare organisation in Gauteng accredited to perform statutory intervention. Permission is granted by the Children’s Court to remove children to a place of safety when they need protection from abuse or neglect. Statutory intervention may also be necessary when adults become a danger to themselves or to others.

The Jewish Students Education Fund provides student loans to approximately 220 tertiary students in need every year. Loans are interest-free and terms are made easy.  Repayment is via debit order. By providing deserving students with an education the Chev is ensuring endless possibilities for the youth of today.

Education Support Services also provides remedial education to many children whose families are unable to afford it and offers educational subsidies to 150 students at Jewish day schools.

There are currently close to 300 people in the Chev’s Protected Employment programme who are working hard and feeling proud and productive. With the integration of Kadimah Occupational Services in the Chevrah Group in 2008, all sheltered employment efforts were consolidated and now incorporate workers from the World of Work, Kadimah, Selwyn Segal, residents of the mental health facility, and people from the community who are unable to function in the open labour market.

Our cemetery staff is on standby for emergencies 24/7.
Every Jewish person in the city is given the same dignified burial according to Jewish custom and law, regardless of status or wealth. This includes those who are destitute and without family. In these cases all costs are borne by the Chevrah Kadisha. We maintain over 40,000 graves in 3 cemeteries – Westpark, Brixton and Braamfontein.

Free and subsidised accommodation is available at all the Chev’s residential facilities as well as Sandringham Square/ Lodge, The Capri, Arlusyl Court, Denby Mansions and rentals at other facilities. 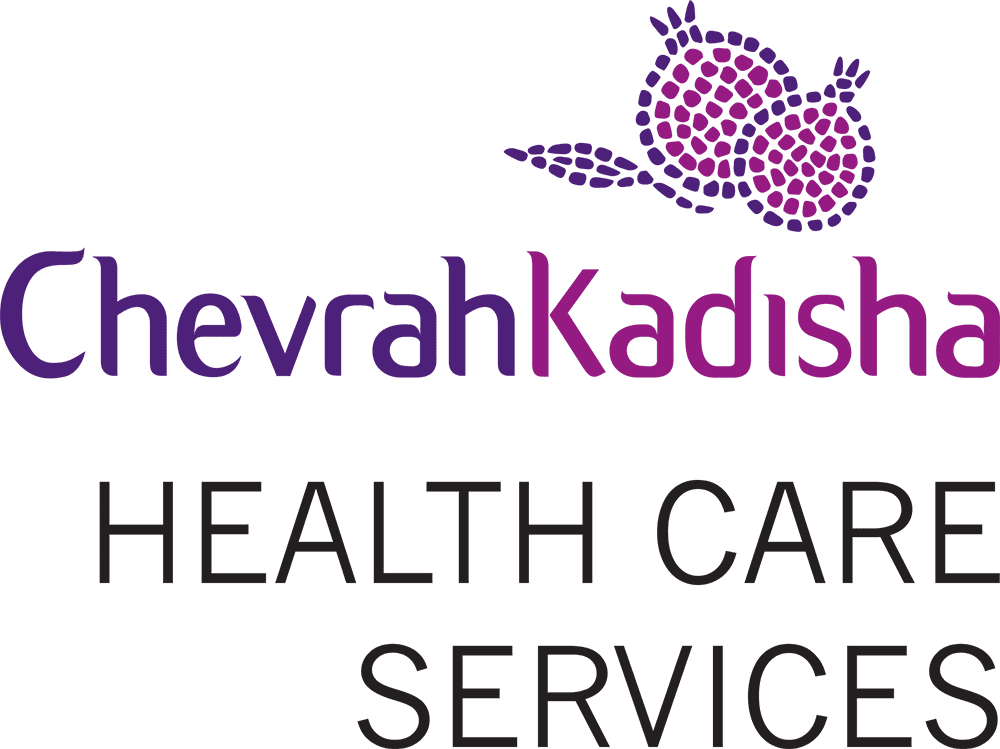 s conditions in State facilities continue to decline, healthcare continues to assume an ever greater importance. The Chevrah Kadisha is doing everything possible to help our community. Access to healthcare is provided through the Eric and Sheila Samson Community Medical Centre on the Sandringham Gardens campus.  Over 3,000 patients are seen annually at the Centre which offers:

Chevrah Kadisha Bridal Services focuses on helping young couples in need with the costs of the wedding and the huge expenses associated with setting up house for the first time. Wedding dresses, veils, petticoats, retinue outfits and accessories are available on loan. Chevrah Kadisha Bridal Services gratefully accepts gifts of wedding dresses and retinue outfits for moms, bridesmaids and family members.

Over and above financial assistance for weddings and setting up a home, the Chev also provides Marriage Preparation courses to every Jewish couple. 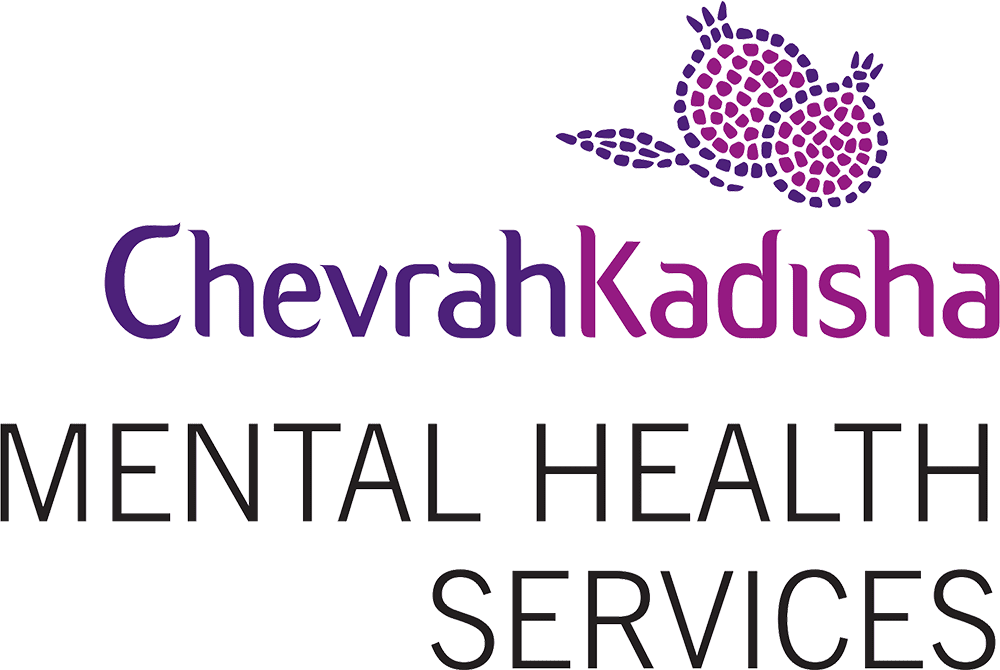 This Department cares for almost 1,000 people with physical and intellectual disabilities, as well as those with mental illnesses. Care extends beyond our residential facilities into the community.

That figure of 1,000 includes some 300 psycho-geriatric mentally ill residents in our aged facilities who have developed age-related dementia and depression, as well as residents in Selwyn Segal, Sandringham Lodge and Sandringham Square. Although Selwyn Segal, with 120 residents, primarily houses those with physical and intellectual disabilities, and the Lodge and Square (80 residents in each facility) deal with mental illnesses like schizophrenia, bipolar disorder, depression, anorexia, etc., diagnoses often overlap. The Chev also runs a weekly Community Psychiatric Clinic at which community members unable to afford treatment can see a psychiatrist and arrange to receive the medication they require. Addiction is classified as a mental illness.

Although there is growing awareness and understanding of disabilities in the general population these days, there is still a stigma and lack of empathy for mentally ill people. Added to the rising numbers of mentally ill people is the well-documented research of an alarming increase in dementia statistics worldwide – primarily due to extended life-spans.

This website uses cookies to improve your experience while you navigate through the website. Out of these, the cookies that are categorized as necessary are stored on your browser as they are essential for the working of basic functionalities of the website. We also use third-party cookies that help us analyze and understand how you use this website. These cookies will be stored in your browser only with your consent. You also have the option to opt-out of these cookies. But opting out of some of these cookies may affect your browsing experience.
Necessary Always Enabled
Necessary cookies are absolutely essential for the website to function properly. These cookies ensure basic functionalities and security features of the website, anonymously.
Functional
Functional cookies help to perform certain functionalities like sharing the content of the website on social media platforms, collect feedbacks, and other third-party features.
Performance
Performance cookies are used to understand and analyze the key performance indexes of the website which helps in delivering a better user experience for the visitors.
Analytics
Analytical cookies are used to understand how visitors interact with the website. These cookies help provide information on metrics the number of visitors, bounce rate, traffic source, etc.
Advertisement
Advertisement cookies are used to provide visitors with relevant ads and marketing campaigns. These cookies track visitors across websites and collect information to provide customized ads.
Others
Other uncategorized cookies are those that are being analyzed and have not been classified into a category as yet.
SAVE & ACCEPT
0
0
Your Cart
Your cart is emptyReturn to Shop
Share on facebook
Share on twitter
Share on whatsapp

For further information on the COVID-19 virus, please click here OR see www.sacoronavirus.co.za